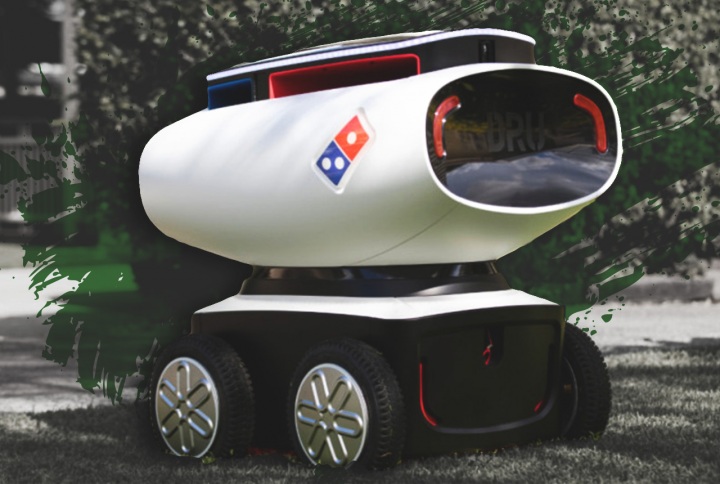 Robots could soon be delivering pizzas in Silt

Silt, Colo. — Not to be outdone by Rifle’s new coin-operated and robot-maneuvered car dealership down the road in Rifle, beginning this month, take-out pizza places and those kids with weekend jobs in Silt will need to get a little worried when robots begin taking over delivery of pizza to doorsteps of residents and businesses.
The two-feet tall, six-wheeled little guys weigh about 40 pounds (without a pizza) and can walk about four miles per hour.
“Just think, you’ll never have to worry about some dangerous dude knocking on your door,” said one proponent of the idea. “Although, some people might freak out when a little motorized man comes knocking on your door at 10 p.m.”
The robots will initially have “handlers” that go with them to make sure everything goes smoothly and that no one tries to hurt them or kidnap them and make them, like, fix their truck or clean the house.
The robots will load up with about ten pizzas at a time, although it’s not quite clear how they will be able to discern between a pepperoni and a vegetarian pizza. The robots are expected to make about ten deliveries a day.
Funding for the robot delivery is expected to cost several million, which will come out of pot tax money gained from pot sales in the town.
“We’re excited about the idea as the robots can follow the pot smokers home after they’ve had a few tokes and get the muchies,” one marijuana shop owner said. “Maybe soon they’ll have robots that will make home deliveries of joints or baggies as well!”
One other resident had another take on it.
“Whoa…just think…we won’t have to tip ‘em…”