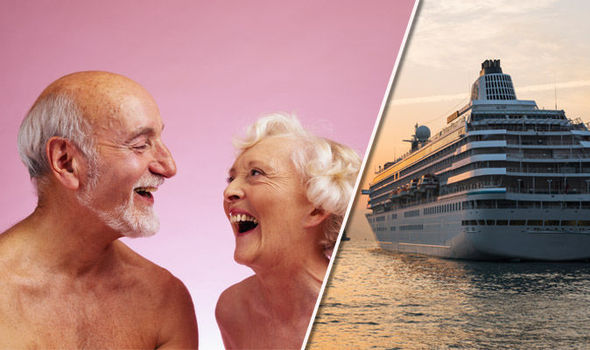 New Castle, Colo. — Polly and Norman Frankenheimer walked down to the dock, Polly hanging on Frank’s arm and wriggling with excitement.
“Oh Frankie…a Disney CRUISE!” she gushed. “We’re going on our very first cruise at our age. Who’d have thought? What kind of games do you think they’ll have? What kind of food? Did you remember the camera? I want to take lots of photos!”
“Polly, calm down or you’re going to wriggle right out of your clothes,” Norm said, patting the hand of his wife for the past 50 years. “I thought this would be a good Valentine’s Day surprise for you. The couple registered and then stepped on board.
“My, everyone seems so young,” Polly observed. “They must have kids. I wonder if we’ll see Mickey Mouse, Snow White or Cinderella.”
The cruise was scheduled to leave from Tampa, Florida, and call in at Key West, Half Moon Bay, Grand Turk and Amber Cover before arriving back in Tampa.
The New Castle couple checked in and were shown to their room.
Welcome to Bare Necessities, the porter beamed.
“There certainly aren’t many hangers in the closet,” Polly observed. “That must be why they call it ‘Bare Necessities.’ But I think I’m just going to wear my summer frock, anyway.”
The couple dressed and left the room.
“Let’s go to the bar,” Norm suggested. “I could use a nice martini after that long trip from Colorado.”
Polly gave him a look of disapproval, but decided that it didn’t matter since they were on a cruise after all.
They pulled up a seats to the bar before Norm turned to look at Polly.
“Sweetheart, don’t look now now, but that couple to our right doesn’t have any clothes on,” he whispered.
Polly look confused.
“Well, maybe the airline lost their luggage,” she suggested nervously. “But the couple to our left doesn’t have any clothes on, either. Maybe they were all on the same flight.”
Pretty soon they noticed the bartender was also nude, as was the waiter.
Frankie decided to ask some questions.
“Sir,” he said, motioning to the captain, who was the only dressed person in the room. “What is going on here? Why is everyone NAKED? Where are the Disney characters we thought we’d see?”
The captain just chuckled.
“Mr. Frankenheimer, Bare Necessities is a nudist cruise,” he said. “We believe that nudity is not about sex, but is natural and beautiful. But I can assure you that clothing is required when we’re at a port or attending my cocktail party.”
Norm stormed off and took his seat with Polly.
“Well, don’t plan on seeing any Disney’s characters, unless they’re naked,” he fumed. “We’re on a nude cruise.”
Polly gasped and put her hand to her mouth.
“Oh my, so I assume pictures are out of the question,” she said. “What in the world will we tell our friends back in New Castle?”
“We’ll tell them we had a fabulous time and were so excited, we wriggled right out of our clothes…”
With that, Polly removed her support hose and Norm took off his tie.
“I said if you got any more excited, you’s wriggle right out of your clothes,” he summed up. “Happy Valentine’s Day sweetheart.”

← Is that the Loch Ness Monster in Rifle Gap?
Denver mans realizes online relationship a hoax →