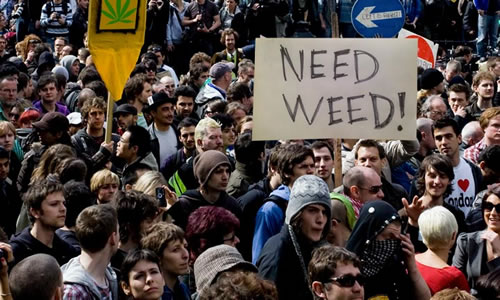 GARFIELD COUNTY, Colo. — Along with many other counties in Colorado, a state of emergency has been issued for recreational marijuana in Garfield County as stores are running out of weed.

The crisis began when Las Vegas passed recreational marijuana sales but didn’t have the inventory to meet unanticipated demand. Now many marijuana growers in Colorado are diverting their supplies to Nevada for better profit margins. “Just when we thought we had abundant amounts of KGB (killer green bud), here comes Nevada to steal away all our good pot,” one budtender was quoted as saying.

Some recreational sales outlets have now resorted to buying weed from California growers, but are finding the costs much higher. “We have to buy pot from California so that we can supply Nevada? There’s something wrong with that scenario,” another budtender said.

A spokesman for CMGA (Colorado Marijuana Growers Association) said they are encouraging their constituents to increase production “by any means necessary.” A statement released by the CMGA said they are fully aware of the current crises and are doing everything they can to alleviate the potential pitfalls of marijuana shortages in Colorado, such as widespread depression and anxiety.

The governor of Colorado, when he wakes up from his afternoon nap, will decide if Garfield County does, indeed, qualify for emergency assistance.