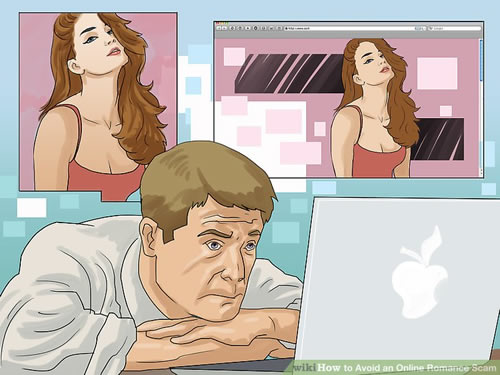 Denver, Colo. — At first it seemed to be too good to be true.
A beautiful blonde said she found 49 year-old Ben Dover to be funny, attractive, charming… and just stupid enough to believe everything she was saying.
“I know there’s a lot of stuff that goes on out there, but she seemed different than the others,” he explained. “She seemed so genuine.”
And after 4 divorces, Dover was willing to believe it.
“We were happy,” he said. “We had a lot of laughs together.”
The pair agreed to meet in Denver, however the woman, Dee Linquent, told him she would need $4,000 in order to make the trip from Alabama.
“After six months of emailing, Dover was willing to pay anything to hear someone tell him how great he was and he had the money.
Dee then told him she would need $5,000 more in cash and a bank statement, along with tax forms to show he could afford it.
It was then that Dover started to get suspicious, but desire for true love was so great he proceeded to get the papers in order.
But he also called a local TV station who did a little homework and found that Dee was telling the truth about one thing — she WAS a former juvenile delinquent and has an extensive rap sheet. Her photo was found on another website under the name of Helen Wheels.
The station informed Dover that it was all a scam and that any one who thought he was attractive or charming was clearly had other intentions.
A law professor at the University of Denver, who volunteered to assist Dover, said love over the internet is quite common, but someone asking you for money and tax returns definitely should send up a red flag.
Dover was thankful that the professor was able to stop him from completely emptying his bank account to the scam, and then proceeded to ask what her email address was…