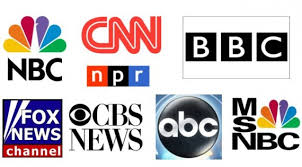 In order to keep up with the times, several major TV news networks as well as newspapers have decided to change their names to go along with their acronyms.
“We just want to reflect more accurately what we’re all about, instead of the generic names we’ve been using,” a TV executive stated. “We think people will make better choices about what channels to watch.”
The following channels/newspapers are scheduled for changes:
CNN – Currently “Cable News Network” will be changed to “Clinton News Network.”
NBC News — Currently “National Broadcasting Company News” will go with “”Nobody But Clinton News.”
MSNBC will become “BSNBC.”
The Huffington Post will become the “Puffington Post” due to their exceedingly high intake of weed.
Fox News will now be “GawksNews,” due to the men (and some women) gawking at their blonde news anchors.
The New York Times is changing to “The New Clinton Times.”
The Wall Street Journal will be called “The Trump Tower Journal.”
The Home Shopping Network and GodTV have not decided what to change their names to, but expect to make a decision by the end of the month, depending who is leading in the polls.