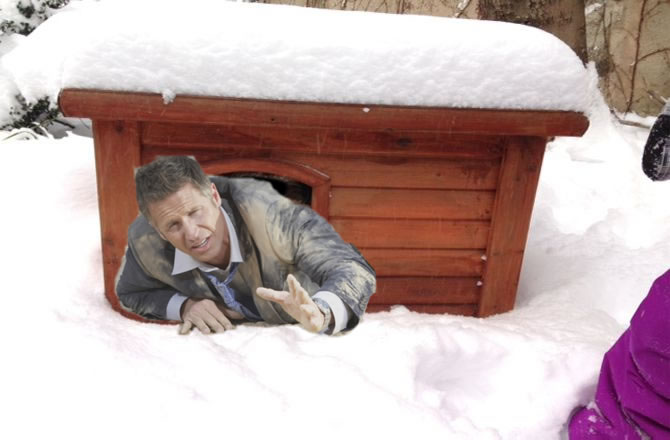 RIFLE, Colo. — A local man, Roger, is in big doo-doo after he made the ultimate mistake.
He mixed up the Valentine’s Day gifts between his wife and his mistress.
The card to his wife of 30 years was boring and tame with a large bright orange moo-moo, while the card to his mistress was racy and included a tiny negligee.
Roger didn’t realize the mistake until his wife came into the bedroom wearing the negligee that was, let’s just say, not suitable for her.
“Honey, you tiger, you haven’t given me a card, bought me lingerie or said any of those things to me in years,” she said.  “I love the lingerie, but it’s a little bit small. It’s been years since I wore a size 2.”
Roger was horrified when he realized what he’d done.
The next day, the mistress called to tell him that was the most boring Valentine’s Day card she’d ever gotten and why did he give her a moo-moo in a size large. She added that she wouldn’t be able to meet him that evening or ever.
According to reports 42 percent of cheating husbands usually spend the night before Valentine’s Day with their mistresses at a hotel and Valentine’s Day with they wives.
A survey of 3,853 unfaithful men showed that men spend three times as much money on their mistresses on the holiday than they do their wives. Traditionally, mistresses get diamond jewelry and lingerie, while wives get flowers and/or perfume.
“Valentine’s Day has always been associated with secrecy around love affairs, said a spokesperson for ashleymadison.com, a dating website for people who actively wish to have affairs. “It’s a key time for infidelity.”
In order to see both your mistress AND your wife on Valentine’s Day, some advice includes taking your mistress out for lunch and then a nice hotel and then go home to take your wife our for dinner.
Roger’s wife eventually became suspicious and put him in the dog house indefinitely as punishment.