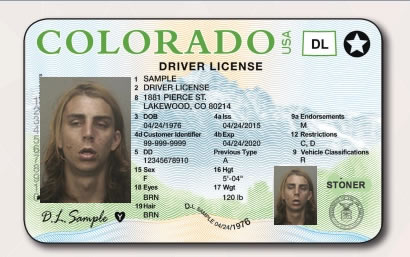 New driver’s licenses being issued to Colorado stoners and texters

When your license expires now, expect to see a license with a whole new look and new information about you.
The new license will require that you reveal whether or not you’ve previously been caught driving stoned or while texting.
“We just thought this would be good information for police to have in the event of a traffic stop,” said a Department of Revenue official, who asked to remain anonymous for fear that his tires would be slashed.  “Plus, it gives the government even more access to people’s personal information.”
The new design of the licenses will reportedly have a more colorful background, including Mount Sneffels, which nobody really knows where that is and pretty much doesn’t care. 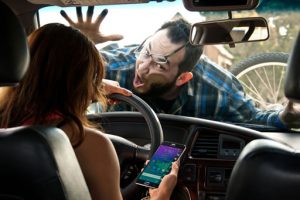 The card design includes an entirely new format and enhanced features, including laser-engraved information in grayscale, as well as new card material.  It will even give off the smell of a freshly smoked joint.
“You wouldn’t want to give police the wrong impression when you’re pulled over,” the DMV official said. “Now you no longer have to worry about lying to police since the information will be indicated on your license.”
For more information about the new licenses, go to www.colorado.gov/dmv/wastemoremoney.