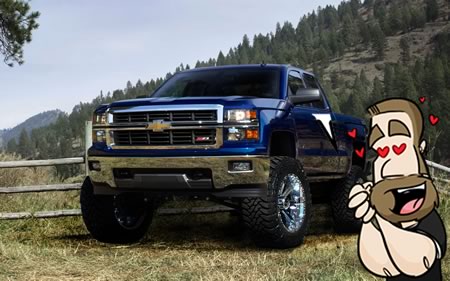 Man attempts to have sex with truck’s front grill

NEW CASTLE, Colo — Officers couldn’t believe their eyes when they received a call that a resident was attempting to fornicate with the front grill of his pickup truck.
Dispatch received the 911 call that the man was sticking his private parts into the grill.
Police initially thought it was a prank call, but when they responded the man appeared to under the influence and had his pants around his ankles.
He was arrested on a $$2,500 bond and transported to the Garfield County Jail. It was  unknown if he suffered any injuries.
The man did not explain what had turned him on about the truck’s grill.