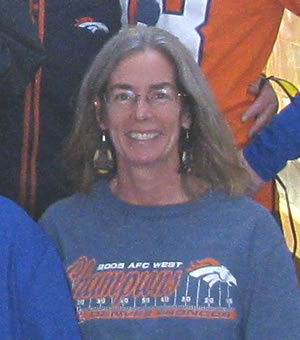 RIFLE, Colo — If you’ve done any government business in New Castle or Rifle over the last 19 years, there’s a good chance you’ve run into Lisa Hamilton (formerly Cain) in your dealings.
After 14 years as town clerk with the town of New Castle and the last five years as the human resources director and city clerk with the city of Rifle, Cain has announced that she will be leaving as of Sept. 11. She plans to move to Fruita.
“I am grateful to the citizens of Garfield County, the town of New Castle and the city of Rifle for the opportunity to have served them since moving to this area in 1994,” she said.
Hamilton has been instrumental in conducting municipal elections and administering liquor licenses, to name just a few of her many duties.
“Lisa’s devotion to the position will be sorely missed,” said Rifle City Manager Matt Sturgeon. “She was front and center in developing the medical marijuana licensing process, municipal elections and the city’s safety program, as well as evolving the city’s HR policies and processes. we wish Lisa all the best as she moves forward with the next chapter of her life and I am grateful she agreed to hang on through the 2015 municipal election. The clerk runs the election and Lisa does an exceptional job in that regard.”

← Stalls, not walls
Man sues wife for being ugly without makeup →