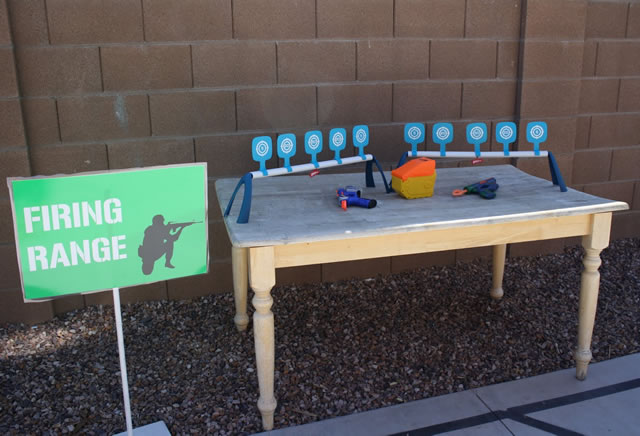 RIFLE, CO — A controversy over improvements to the West Rifle Creek Shooting Range by the Colorado Parks and Wildlife (CPW) has been solved and both sides seem satisfied with the solution.
Instead of handguns and rifles, the range will only allow BB guns and squirt guns. This will alleviate the noise issues affecting nearby property owners, yet still allow gun enthusiasts to practice their marksmanship skills on small rodents, without actually hurting anything.
And to show their good will, the CPW also is enforcing a new rule that no one over the age of seven is allowed to use the shooting range.
“This will ensure that the range is not being used past 8:30 p.m., as people of this age are usually in bed by that time,” a CPW commissioner said.
The issue started when the CPW began to make improvements to the range northeast of Rifle on West Rifle Creek State Wildlife Area last fall. What was once an old bench with an old plywood board for a target, was turned into a shooting range with six stands on a cement base that began attracting thousands of gun fanatics from all over the state.
But residents complained that the increased activity produced higher noise levels and completely interfered with their ability to record posthumous Michael Jackson songs.
“It’s just not fair,” one resident complained. “When we moved here, the only thing we were told was that the land might be developed into a nuclear bomb site. But no one ever said anything about a highly-used shooting range.”
The board of the CPW listened to several public comments, while passing around a medical marijuana joint, and then came to a decision.
“At this point, the only way to mitigate this situation is to allow only BB guns and squirt guns,” the commissioner said. “As for targets, we will be recommending that the CPW use discarded stuffed animals from local carnivals.”
The commission agreed and the meeting was adjourned.