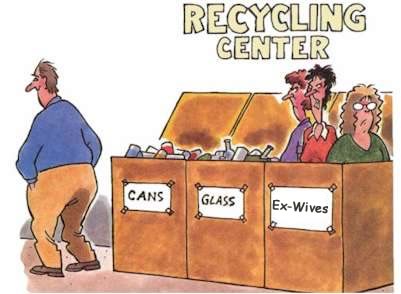 SILT, Colo. — A Silt junk yard and recycling facililty has now expanded what it will accept at its facility.
Bud Green’s Recycling has been accepting cars, trucks and refrigerators for years and pays good money for the items that he simply hauls off to the landfill anyway.
But Green recently announced he will take items that other facilities tend to shy away from.
You can now bring in items with asbestos, mercury and things in aerosol cans if you want.
“Hell, you can bring in your dead pets,” Green said. “Or your grandparents. We don’t care. We’ll pay you $15 for ‘em.”
The facility will also accept your ex-spouse for a slightly higher fee.
Some Silt residents have complained that the facility will not take children, but Green says that crosses the line for him.
“We cannot abuse the landfill by loading it up with kids,” he pointed out. “And they don’t recycle very well.”
Gary Green’s Recycling is open from 2 a.m. after the bars close until 10 a.m. when the bars re-open.

This is a fake news story. Nobody would take their car or truck to be recycled.