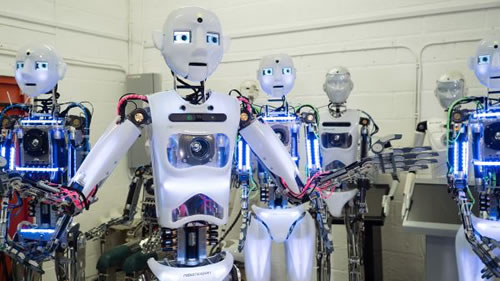 RIFLE, Colo. — If your checker at City Market is acting like a robot — it’s because they are.
If and when talks of a new strike start percolating, the store has decided to employ robots instead of hiring temporary workers to replace the striking workers.
“They’re great,” the store manager said. “They don’t have to take potty or cigarette breaks and they don’t even have to be paid!”
At one point, the store considered using monkeys to replace the workers, but decided that might be a little dicey, given that monkeys have been known to poop wherever they feel like it.
People are warned, though, to not use their electronic devices while checking out as they might screw with the robot’s ability to function.
And if that happens, the monkeys will have to be brought in.