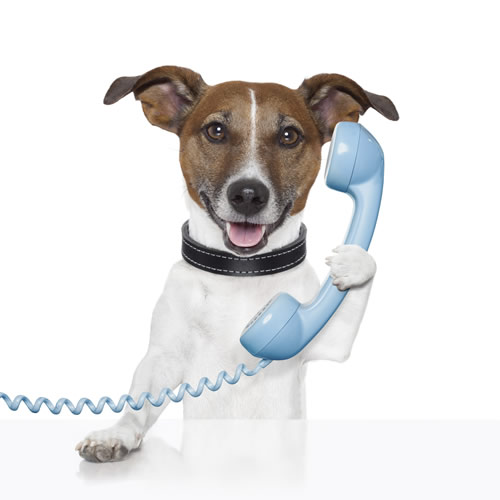 RIFLE, Colo. — Two dogs called “911” 16 times, being “pawtners in crime,” according to police reports.
Cops reported to the residence and said they said afterwards they had never had a call like this.
“The damn dogs called 16 times,” one officer reported.
Shortly after clearing the initial scene, the officers reported that dispatch reported had received 15 more 911 calls from the home’s number.
They worked around the property, but all they could hear were dogs barking.
“We figured they were calling because they had to go potty,” an officer said.
Police were able to call the homeowner and inform him of the calls which were made from his dogs, Harvey and Bob.
“We went upstairs to the owner’s office and found his cell phone on his desk,” the reporting officer said. “We don’t know how they knew how to dial the dial phone, but apparently the dogs figured it out and dialed 911 with their paws.”
The owner said he was stunned and that he couldn’t believe his dogs could call 911. But he promised he would never leave his cell phone out again.