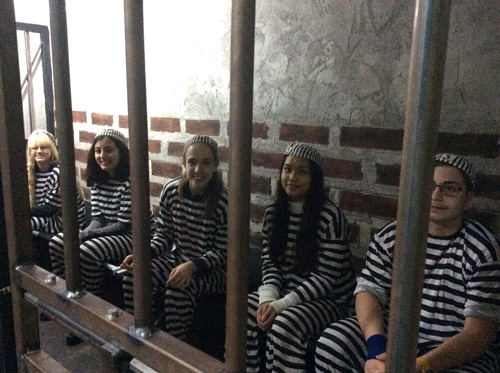 Gossipers will now be locked up in Rifle

RIFLE, Colo. — The next time you feel the need to speak badly of another person, you might find yourself behind bars.
City council members have passed a new ordinance that will lock up anyone that is found gossiping about other people.
“You can’t kill people, you can’t drive drunk and you can’t walk around slamming other people,” Rifle’s may said. “It’s just wrong.”
Rifle is planning to build a special facility for the gossipers that will include a sound system that whispers gossip about the inmates themselves, so they know what it feels like.
Along with jail time, the penalties will include the perpetrators getting down on both knees and apologizing to the person they were gossiping about.
The person they were gossiping to will be offered a $10,000 award for turning in the gossiper…
“It doesn’t seem like it would be a serious problem, but it is, especially in small communities like Rifle,” the police chief said. “They need to be punished. We’re thinking of having someone come into the facility and spank them as well.”
Although there’s always a chance that some offenders may actually enjoy that…
A group called “Gossipers Anonymous” is also expected to be formed.
“Hi, I’m Bob…and I’m a gossiper.”
The new facility is expected to be built this summer.