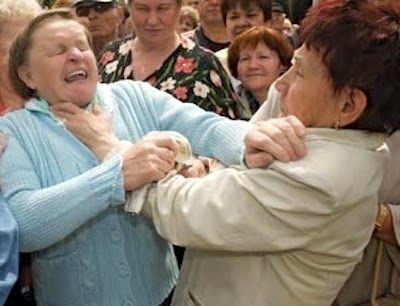 RIFLE, Colo. — A game of Bingo turned ugly at a local nursing home when a brawl broke out between two female residents fighting for a seat at the table.
The women, ages 79 and 86, and both wanted to sit in the same seat, authorities reported. Other residents also got involved and the incident escalated into an all-out brawl with people hitting each other with their walking canes and pushing others in their wheelchairs.
“It was mayhem,” one nurse said afterwards. “We even had one woman eating the Bingo chips because she was so upset.”
The cops said it was an unusual case for them, but reported no one was seriously injured, as they didn’t have the strength to actually hurt someone.
It was not clear whether the Bingo game was finally played or not.