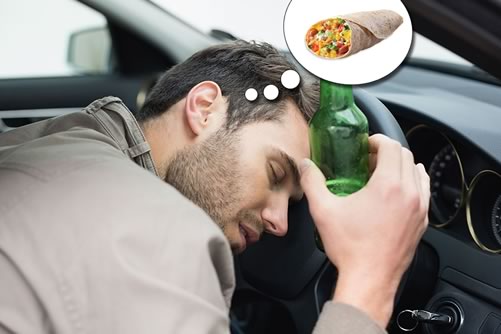 Man attempts to get burrito, not money, from drive-through bank

RIFLE, Colo. — It may have looked like an Alpine Bank drive-through, but one local driver believed it was a Taco Bell.
Police were summoned to the local restaurant after receiving a report that a man drove up to the drive-in window and attempted to order a burrito. He then proceeded to pass out at the wheel of his car.
“Clearly, he was under the influence of something,” the responding officer said. “I’ve gotten a dog treat from the teller before, but never a burrito…”
The man was charged with driving under the influence and booked into the county jail. He was later freed after posting a $500 bail. It is not known if he went home or to a Taco Bell…