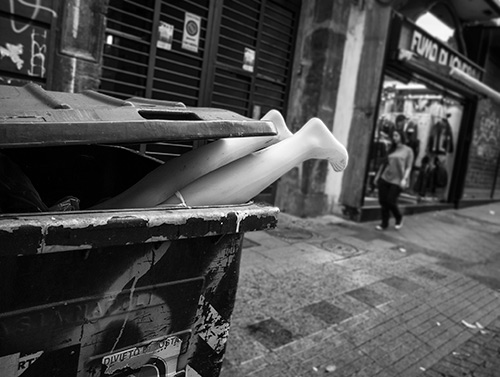 Discarded body found in a garbage bag in New Castle

NEW CASTLE, Colo. — A local resident was horrified when she recently discovered a dead body in a dumpster while on her morning walk through town. .

The resident immediately called police to report she had seen what looked like a human foot sticking out of a large plastic bag. Police immediately rushed to the scene and found the report too be true.

It was a discarded sex doll.

The doll was the life-size form of a female of which police were calling a “recreational mannequin.” “We’ve seen some pretty gruesome scenes, but this is a first,” the police chief reported. “Who would want to throw away a perfectly good mannequin? Must have cost a pretty penny.”
It is not known if there will be an obituary or a funeral service for the discarded doll.