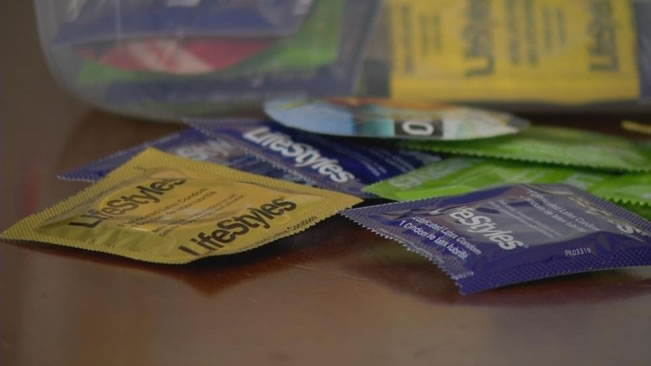 LAS VEGAS, Nev. — It wasn’t money these thieves were after.
Nope, police are investigating a pair of burglaries at a condom and sex toy warehouse that occurred in non other than “Sin City.”
According to reports out of Las Vegas, the thieves were seen on security recordings taking shipping boxes containing more than 30,000 condoms from a warehouse in an industrial park not far from McCarran International Airport.
“We’re not sure if they were going to sell them or if they were extremely horny and planned to use them,” a local police officer said.
The thieves were caught on video in the second burglary as a vehicle backed through loading dock door and a man was seen throwing two large boxes into it before driving away.
“Any woman who meets a man carrying around a huge amount of condoms should close her legs and call police immediately,” the officer advised.