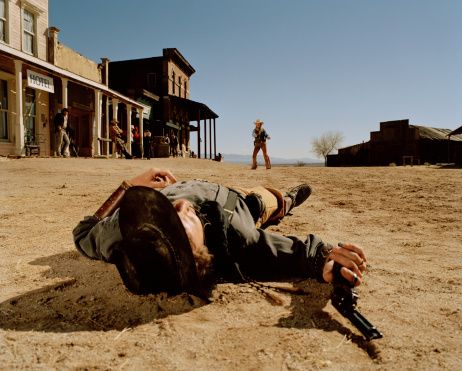 SILT, Colo. — If Shooter’s restaurant in Rifle can do it, why can’t town of Silt employees?
That was the subject of a discussion at a recent board meeting to decide whether town employees should be allowed to carry concealed firearms.
“You just never know around here,” said one proponent of the measure. “Sometimes you just need to shoot someone if they’re late paying their water bill every month.”
Town board members talked about the proposal for about 30 seconds before deciding that yes, indeed, employees should most certainly be allowed to carry concealed weapons while on the job.
The new ordinance will also allow town board members to carry concealed weapons at council meetings.
“If someone goes over the three-minute limit of speaking, we can just shoot them to shut them up,” Mayor McCracken explained. “That would certainly make things easier and shorten the meetings for us.”
Police Chief Christopher Cuff agreed.
“There’s no crime in shooting obnoxious people,” he said. “If someone can get potentially get shot in a restaurant for asking for some more ketchup, why can’t we shoot someone bitching about something stupid at a council meeting?”
The city will pay for guns and holsters for every employee and town board member. No training will be required.