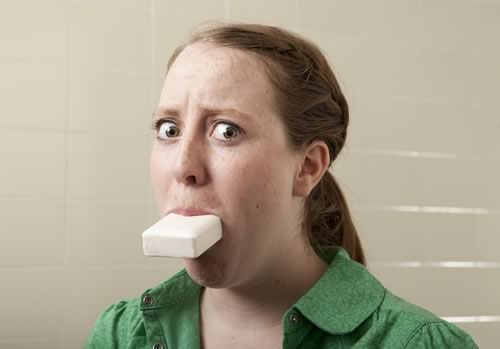 Forget about when your mother threatened to wash you mouth out with soap if you used that kind of language. Studies now show that people with potty mouths are actually very intelligent.
Traditional beliefs have been that those who swear a lot do so because they don’t have the vocabulary to adequately express themselves.
Apparently, that’s a bunch of shit.
“People who use taboo words do so because it is a form of expression and makes them appear really hip and cool,” the researchers concluded.
Another study, conducted on Facebook, found that those who use swear words are more likely to be both honest, intelligent and extremely intoxicated.
WTF???
In criminal cases, innocent suspects were found more likely to curse than guilty ones denying accusations and those who swear while giving a testimony are seen as more credible.
WTF???
In essence, swearing has been found not to be such a bad thing at all, although it is still not an advisable thing to do in church.