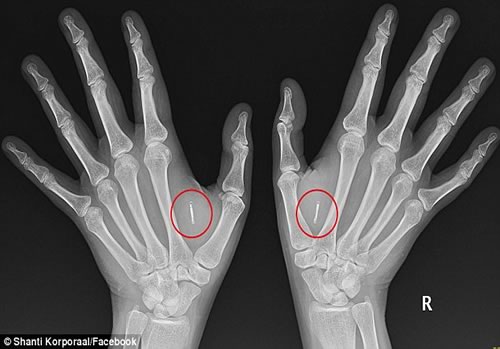 New Castle employees to be microchipped to save human jobs

NEW CASTLE, Colo. — With all the impending talk of robots taking over human jobs, the town of New Castle has decided to take matters into its own hands. A California consulting firm was hired by town council last February to conduct a study on how to improve human productivity.

The findings of the study suggest the best course of action is to install grain sized microchips in all private and public employees who work within town limits.  The GPS enabled microchip is implanted between the thumb and forefinger, allowing employers to gather data from the device, including current employee location.

“We think this technology will help with overall efficiency and productivity, including being to work on time and thinking twice before taking that three hour martini lunch,” one local business owner was quoted as saying.  “Now we’ll know when you call in sick whether you’re actually home or out water skiing or at the local golf course.”

At a recent council meeting, the mayor insisted human jobs must be saved.  “We are attempting to save human jobs by making employees more productive and accountable, thereby negating the need for robot replacement.  And it will save us a ton of money!”

The microchips have already been used around the world in places such as Sweden and in Wisconsin bars.

Employees should not be worried about their companies following their every move, but the chips could cause problems going through airport security, where recipients would have to allow an airline physician to cut open their hand and remove the chip before walking through security.