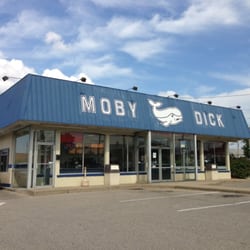 Silt, Colo. — Move over, New Castle and Rifle, the town of Silt is now becoming a restaurant haven in the western part of Garfield County.
The latest restaurant coming to town is called “Moby Dick’s.”
“They blocked us from opening in Carbondale because they said the name was too insulting, so we’re moving to Silt,” said general manager Bobby Buff.
The Silt town board apparently welcomed the restaurant with open arms, saying they couldn’t wait to try the double dick burger and the restaurant’s famous “Feel the Fish” sandwich.
“The people in Carbondale considered the word ‘Dick’ an offensive term,” Buff said. “But it’s not like we’re opening something called ‘Peter’s Penis Place.’
One town board member saw other benefits besides having a famous restaurant in town.
“Think of the people that will be drawn to Silt just because of the sign,” one board member said. “It’s not like it’s being called ‘Moby’s Dick.’You would think most men would be proud to patronize a restaurant named as such.”