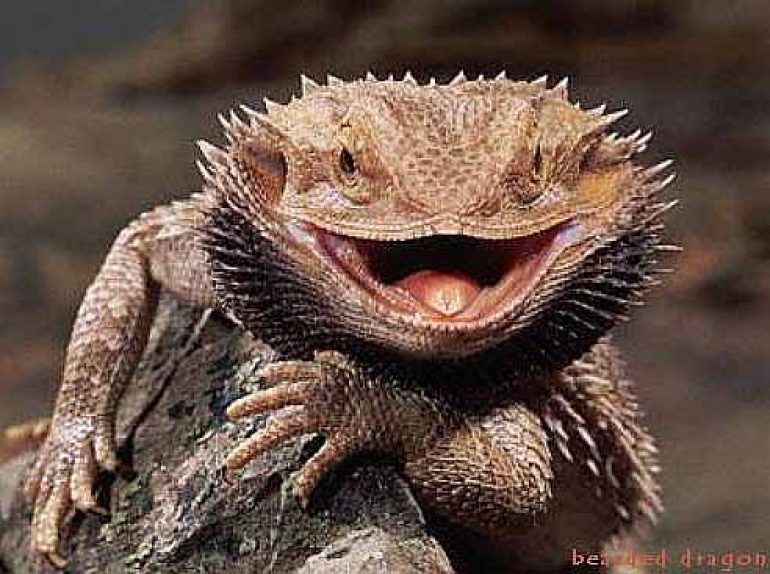 NEW CASTLE, Colo. — It isn’t cocaine or illicit drugs women are stuffing in their bras nowadays – it’s lizards.
At least that’s what one woman in New Caste was recently busted for after being pulled over on suspicion of DUI.
“”Ma’am, can I see your driver’s license, registration and proof of registration?” the officer asked the clearly intoxicated female.
She giggled and squirmed, moving her hands around her breasts as she fumbled to get the required documents.
“Ma’am, is there something wrong? Is there something in your brassiere?” the officer said, noticing her strange movements.
“Ummm…yeah, it’s just Louie,” the woman slurred. “He lives in my bra. He’s OK. He hasn’t had anything to drink.”
The answer did not satisfy the officer.
“Could you please take out whatever that is in your bra?” he asked patiently.
“Well, there are actually three things in there,” she giggled. “Which one do you want?”
Turns out the 39-year-old woman had a bearded dragon lizard stuffed in her bra.
Because she had taken out seven mailboxes along the roadway and had a blood alcohol level of more than twice the legal limit, the officer asked that she hand over the lizard before he also gave her a ticket for animal abuse.