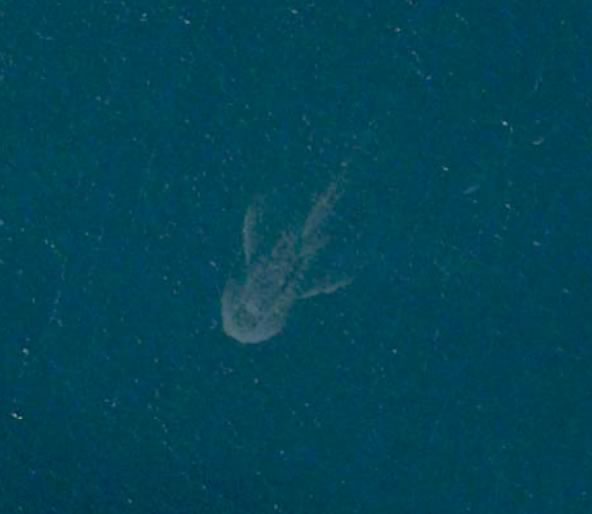 Is that the Loch Ness Monster in Rifle Gap?

RIFLE, Colo. — It could have been the beer or the hot sun, but numerous people reported seeing the Loch Ness Monster at Rifle Gap recently.
“I swear on my mother’s boots, that’s what it was,” said a whiskey delivery man from Silt who was still inebriated from the weekend sighting. “I even got a picture of it.”
With that, he pulled out a photograph that could have easily been three seals, an old photo taken of the killer whales at SeaWorld or his mother’s boots that had been floating in the water for 20 years.
“You know,” another whiskey worker whispered, “they say that the Loch Ness Monster has come to Rifle Gap to look for his cousin, Big Foot, here in the mountains.”
WIth that they all took a big swig out of their flasks and reloaded their rifle’s.
Authorities have agreed that’s there’’s no explanation  of what’s in the photograph, but that it certainly is weird.
I have to admit, It’s the most convincing picture of the Loch Ness Monster I’ve ever seen,” one scientist said, shaking his head.

← A cow that thinks she’s a dog?
NC couple mistakenly boards nude cruise instead of Disney →