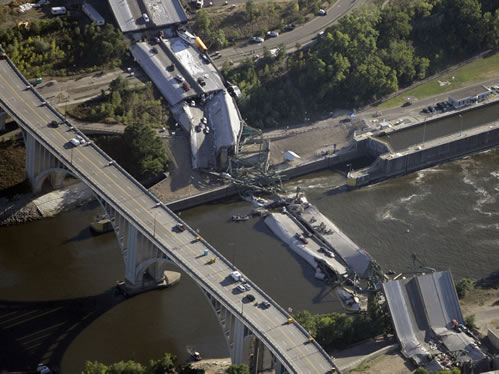 GLENWOOD SPRINGS, Colo. — The London bridge isn’t the only thing falling down – so did the Grand Avenue bridge in Glenwood late last month.
“We hadn’t exactly planned on that,” the contractor said, as he peered over the edge and looked at the large piece of bridge lying on the train tracks. “Oops.”
The closure of the bridge while they attempt to put in a new one has been very interesting. Because it now takes people the same amount of time to get from Rifle to Glenwood as it does to get from Rifle to Denver, people are having to leave for work hours earlier than they used to.
“I have to get up at 3 a.m. in order to be on the road at 4:30 a.m. so I can make it to work by 9 a.m.,” one commuter said, shaking her head. “And everyone else is doing the same thing, so it takes that much longer.”
This means that in order to get eight hours of sleep, these people have to go to bed at 7 p.m.
“II just quit my job,” another commuter admitted. “Working at a fast food restaurant is not worth a two hour commute.”
The construction has reportedly scheduled to last for three months. But even the construction crew chuckles at that time schedule.
“Yeah, RIGHT!” one crew member scheduled. “Over my dead ass! This project will go on for three YEARS, not three months! But it’s job security for me!”
Commuters are now being advised to re-route through New Mexico and then over Independence Pass if they have to get to Glenwood.