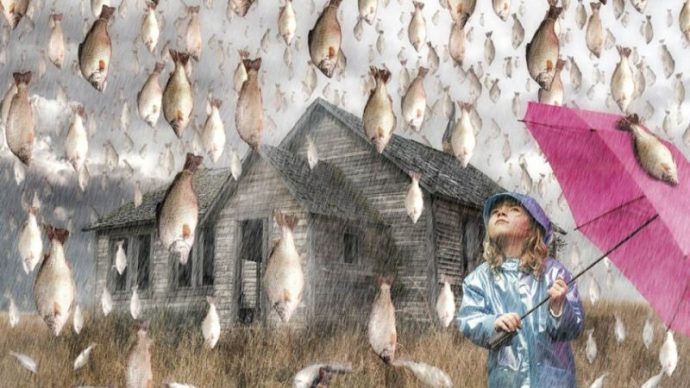 Oroville, Calif. — There’s fishy things going on at an elementary school in California.
It’s not raining men, it’s raining dead fish. The fish covered the playground, drinking fountains and the roof of the school..
School officials weren’t sure if it was just a really bad prank or if dead fish were really falling from the sky.
Weather forecasters said they didn’t see anything about fish in their forecasts and therefore were not able to warn citizens about fish falling from the sky.
“Well, we won’t have to go to the grocery store,” one old-timer said. “We can just pick ‘em up off the ground and grill ‘em.”
No injuries were reported from anyone being struck by the dead fish, although several people reported cases of severe vomiting after looking at the slew of dead fish covering the school property.