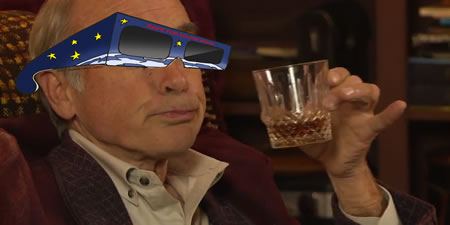 RIFLE, Colo. — The Great American Eclipse has come and gone, but for at least one man, it will linger for a lot longer.
David J. Beersteiner purchased the eclipse glasses for responsible watching to avoid eye damage when looking at the sun, however, after several cocktails at a local bar, he decided he needed to wear the glasses while driving home.
While the glasses protect the eyes from the sun, they make it impossible to see even your hand in front of your face and Beersteiner proceeded to drive down the sidewalk while attempting to drive down Railroad Avenue.
“It was kind of like having a blind intoxicated guy getting behind the wheel,” the arresting officer explained. “It was bad enough that he was drunk, but now he couldn’t see a thing.”
In his defense, Beersteiner said he was just trying to protect his eyes.
Clearly, he was not trying to protect his driver’s license.
On a good note, he should be out of jail by the next eclipse in 2024.