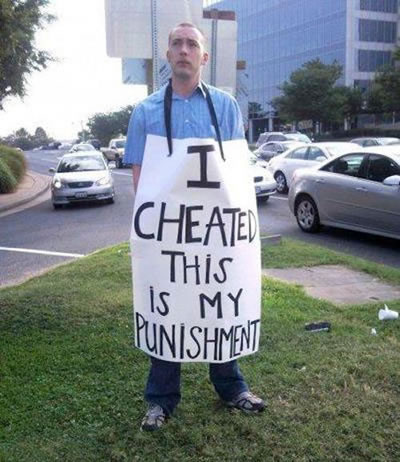 Rifle residents are the biggest cheaters in Garfield County.
At least that’s what the results of a survey has revealed. The study, done by RoadSnacks.net analyzed 139 cities have accounts with Ashley Madison, the infamous online dating website that promotes cheating with the slogan “Life is short. have an affair.”
The site came under scrutiny last summer when hackers obtained user information from the online dating service.
RoadSnack’s survey shows that Rifle placed 13th out of the 139 cities analyzed and first in Garfield County with 609 percent, or 6.1 % of it population. Rifle is followed by Glenwood Springs, which placed 25th in the survey and second in Garfield County with 645 accounts, or 5.1 percent of its population.
The seniors in Parachute are still feisty, ranking 42nd in the survey and third in Garfield County with 221 Ashley Madison accounts held by 4.5 percent of its population.
New Castle ranked 59 in the survey and fourth in Garfield County with 202 accounts, or 3.8 percent of its population.
Unbelievabley, Silt had the least amount of cheaters on Ashley Madison coming in 80th in the survey and fifth in the county with 133 accounts held by 3.2% of its population.
Criteria for the survey included municipalities with a population of more than 2,000
“We used the Ashley Madison database to count how many accounts were created in each zip code. We are saying “accounts” and not “people” because it is possible to create dummy accounts assigned to a city or to have multiple accounts,” However, we believe the number of accounts to be a solid proxy for the number of people trying to cheat.
“We then matched each zip code to its corresponding city in Colorado. If a zip code falls into more than one city, the accounts registered in that zip code were applied to each city,” the report said. “Finally, we used an estimate for the population of the zip codes to identify the number of cheaters per capita.”
The majority of the accounts were held by men.
To sum up the results of the survey, Rifle women better keep tabs on their men,while Silt women can sleep easily.
“I don’t think they can prove any of that stuff,” said one Rifle city employee, while madly deleting all kinds of files off his computer.
Since the results of the survey have been released, the number of women buying shotguns at local pawn shops has greatly increased.
“The guns are selling like hot cakes,” one pawn shop owner said. “And it’s not even hunting season.”
A new women’s group has formed called “Women Against Cheaters” with their own slogan.
“Life is short IF you have an affair.”