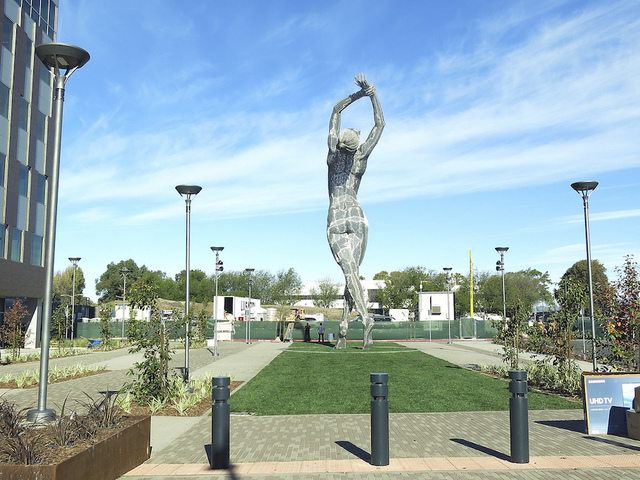 SILT, Colo — While town residents protested a statue of a naked man climbing a rock in the roundabout in the center of town several years ago, town officials have now decided to replace it with a 100-foot statue of a naked woman.
“We figured people were probably getting sick of looking at the guy’s naked butt,” a town board member explained. “We felt the woman’s butt would go over better.”
So far, nobody has complained, but the statue is not expected to be completed until the end of the year.
Asked if it was going to be anatomically correct, the only answer given was “pretty close.”
“We think this will attract tourists to the town of Silt,” the board member said. “I mean, who doesn’t want to see a naked woman in the middle of town?”
However, local law enforcement officials expressed some concern that drivers might actually run into the statue while staring at it instead of focusing on the road.
“There are some safety issues,” the police chief said. “And I’m not sure we have a law on the books for staring at naked statues while driving.”
An “SNSWD.”
Years ago, a woman tried to behead the naked rock-climbing man statue, so it is unclear whether someone will try to dismember the naked woman.