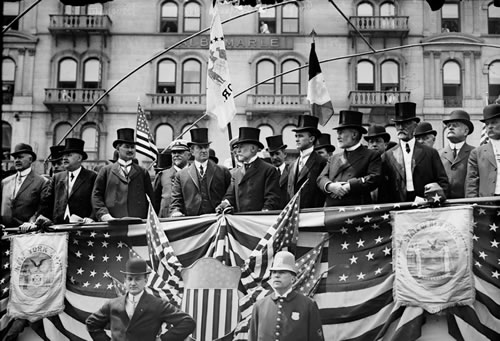 NEW CASTLE, Colo. — Completely fed up with this year’s choice of presidential candidates, word on the street is that New Castle is vying to become the first town in the state to hold a caucus for independent candidates.
“Look at the sorry ass candidates we have to choose from in the 2016 presidential election,” said Peter Politico, a local activist.
At least one editorial columnist has called Democrat Hillary Clinton a scheming, manipulative liar who is self-serving and smarmy.
Democrat Bernie Sanders has been called a socialist who thinks every American should have gainful employment – but nobody should be an employer, because that’s not fair. He also thinks ATM fees are too high.
On the Republican side Donald Trump, who won the caucus in New Hampshire on Feb. 9, tells it like it is, even though “he’s about as coherent as a Skid Row bum recanting Dyland Thomas on Quaaludes,” the editorial said.
Republican U.S. Senator Ted Cruz won the Iowa caucus on Feb. 1, although the editorial said he “comes across as a televangelist” and is “thoroughly detested by everyone who has ever had the slightest contact with him.”
Some have speculated that this is the “sorriest” bunch of candidates seen in 150 years.
But New Castle believes they could successfully host a caucus.
“Look at the wonderful community we have,” Politico said. “It’s the perfect place for a caucus. And think of all the money it would bring to the town to the hotel and the restaurants and bars. I’m sure both the candidates and the attendees get bored and like to pound down some drinks.”
In the case of a tie, Politico went on to say that instead of flipping a coin, candidates would flip a cow pie. He added that a New Castle caucus would also include fun games, such as twister and charades.
“We think we could provide them a fun experience in New Castle,” he said. “And Steve and Becky Rippy have said they would be happy to have caucus attendees come ice skating on their frozen golden pond.”