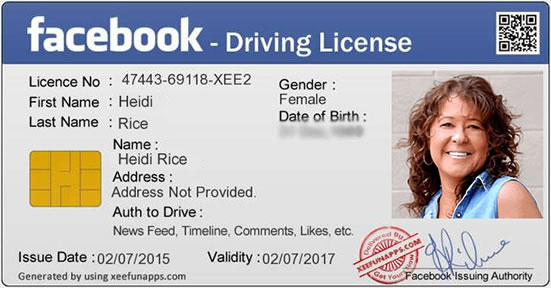 You need a license to drive. You need a permit to own a gun.
And now, Facebook has decided you need to take an IQ test before you’re allowed to have an account on the social media platform.
“There are so many stupid posts, we decided to weed them out,” a Facebook spokesperson said. “We need to keep the high standards that Facebook has always worked towards. We don’t really care what kind of toilet paper you use…”
The new process will go into effect on Jan. 1 2017, and will require all holders and new applicants to take an IQ test to determine whether or not they are eligible to participate on Facebook.
“We also want to monitor those who are on Facebook for inordinate amounts of time, which sends up a red flag for us,” the spokesperson said. “Clearly, if you’re on Facebook for ten hours a day, there is something wrong. You need counseling — not Facebook.”
Mark Zuckerberg, CEO and co-founder of Facebook, said he doesn’t care.
“I’m already worth $51.4 billion. What do I care if some people don’t qualify?” he shrugged. “Hurt ME!”
With that, he laughed and lit up a joint with a $500 bill…
Facebook applicants will be required to have an IQ score of at least 150, although studies have shown that most have scores of 70 or below.
Zuckerberg said he is also contemplating a “stupid” Facebook site in which dummies can communicate with fellow dummies…
License applications will be available at all mental institutions and local bars.