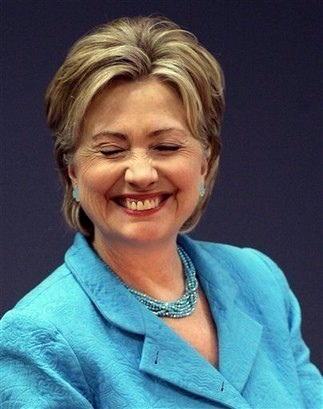 SAMFORD. Fla. – Former presidential candidate Hillary Clinton was named by a Santa Claus as being on his “naughty list,” to a child in Florida.
The kid’s mother said her 10-year-old daughter was told by the Santa that she was on his “nice list,” but that Clinton was on his naughty list. He then laughed heartily and said, “Ho Ho Ho.”
A spokeswoman for the company that hires the part-time, $10 per hour Santa Clauses initially thought it was a joke, but after receiving a complaint from the mother, sent the Santa packing back to the North Pole, or wherever it is he lives.
A new Santa was found to replace the old one, although he was also overheard making detrimental comments about president-elect Donald Trump…