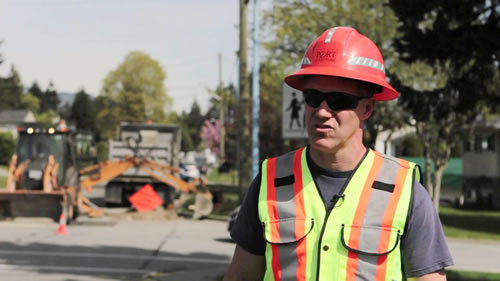 Texting and driving more serious than DUI in Rifle

RIFLE, Colo — Texting while driving has apparently become such a problem in Rifle that police are now posing as road construction workers in order to catch drivers in the act.
The law in Colorado bans the use of cell phones for drivers under the age of 18 at all times. In addition, texting, emailing and twittering are banned for all drivers.
A first offense is considered a Class A traffic offense with a fine of $100 and subsequent offenses will be considered felonies with possible life imprisonment and/or the death pentalty. Driving under the influence is currently a misdemeanor.
At their last meeting, Rifle City Council voted unanimously to take texting while driving measures further by provisioning police to do whatever is necessary to catch drivers in the act and get the problem under control.
“The only reason a person should be texting in their vehicle is to reserve a tee time,” said Rifle Mayor McCheese. “Other than that, it’s just too dangerous.”
So far, 548 people have been arrested and a total of $35,000 has been collected from offenders.
The money from the offenses is slated to help pay for the city’s open bar at the annual Christmas party.