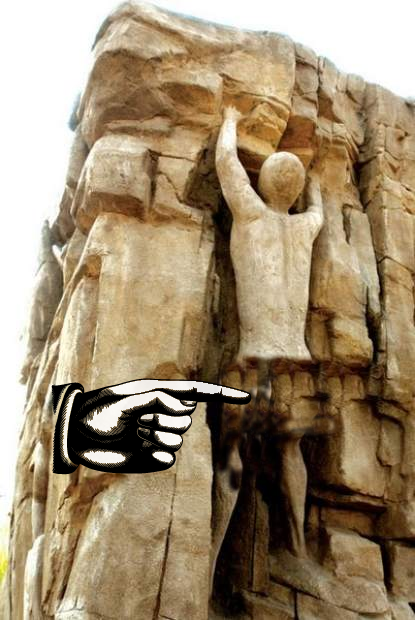 SILT, Colo – Sheriff Murdoch and his hired posse captured and hung Mr. Johnny Smyth, the scoundrel responsible for stealing certain anatomy from the naked climber on the infamous statue located at the entrance to Silt.
Smyth was captured in a make-shift camp near Harvey Gap. The remains of the “climber” were discovered at Smyth’s make-shift campsite, but it is not known what Mr. Smyth’s exact intentions were with the heist.

It was assumed his mind was “clearly out of sorts,” according to authorities.

Smyth, a well known vagabond in the county, is also considered to be a habitual criminal and some have speculated he may have had a hand in the removal of the arms from the Greek statue of Venus de Milo.

“Even though we appreciated his contribution to society by removing certain parts from the naked climber at the Silt roundabout, we nonetheless had to string him up on the spot,” one deputy told us.
The statue has been the subject of much controversy since it was constructed several years ago, including one elderly woman being arrested for placing a covering over the climber’s naked buttocks.