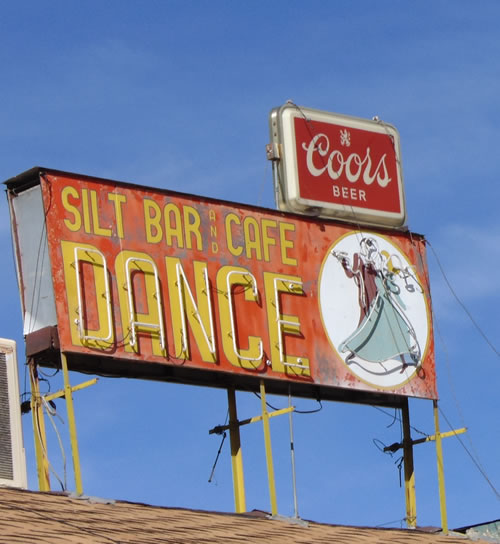 SILT, Colo. — After eight years of being empty, a historic downtown building in Silt is in the process of being razed, according to local real estate agent Cheryl Chandler, owner of Chandler & Co. Real Estate of Rifle.
The Silt Bar and Cafe is currently being dismantled and the sign is going to the local historical society.
“It’s been empty for eight years,” Chandler said. “It was also a dance hall. The west side of the bar is still original and the sign has gone to the historical society.”
Carol Dodo a lifetime resident who now lives up on Buford Road, remembers spending time at the Silt Bar & Cafe, which she said has been around since she was a child.
“It’s been there since I was a kid, 75 years ago,” Dodo said. “Half of it was a bar and half was a dance hall. We had good friends that we used to go there with.”
The building is going to be razed and the property, which is located on the corner of the downtown roundabout and 8th Street is for sale.
The Cow Pie has heard that a brothel might be located at the sight, which would fit in well with the butt-climber on the roundabout statue…