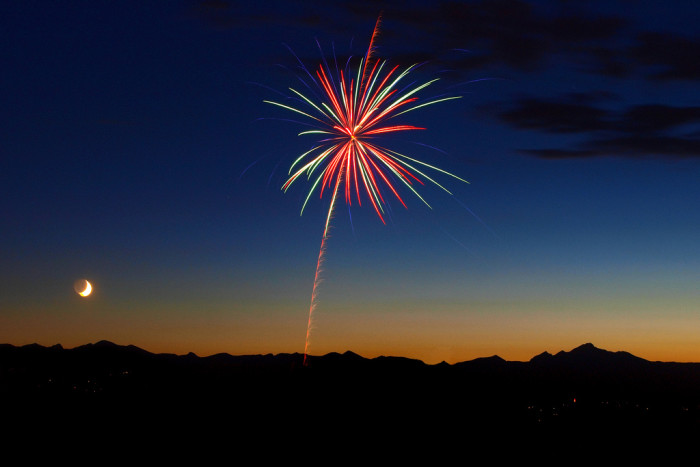 The city of Rifle will hold it’s Independence day Fireworks at 9:15pm Friday, July 3rd, at Rifle’s Centennial Park.
At 8:30p.m., Symphony In The Valley will play patriotic classics at the Centennial Park Stage with food and drink for sale, and free Mini Putt Golf for the kids. Jammin’ Jim The Juggler will be there, as well. Activities will start at 6:30pm.
Folks I have talked to really like having them on the 3rd, so we’re continuing that tradition”, said Rifle Special Event Manager, Don Chaney. “We’re using Lantis Fireworks again after the great show they gave us last year.”
Chaney urges people to get there early for the best seating locations. He added that bug repellant is probably a good idea.
It is also important to note that use of personal fireworks is prohibited within the city limits by Rifle Municipal Code.

← Talk to your chamber!
City of Rifle to be riddled with stop lights →