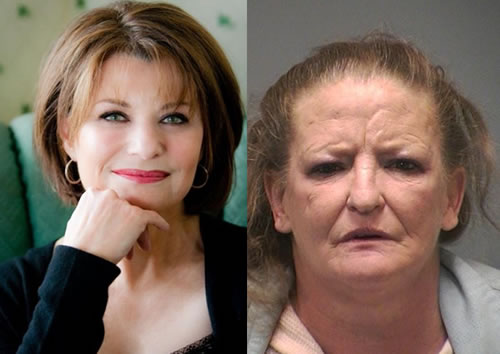 Man sues wife for being ugly without makeup

A man is apparently suing his wife for the deep distress she caused when he saw her without makeup for the first time.
According to Yahoo! News, the husband made the shocking discovery the morning after their wedding.
He was allegedly so stunned by his wife’s natural appearance, he didn’t believe he was in bed with the same person he married.
The man reportedly said she looked so different, he was under the impression a stranger had come to “steal his apartment.”
According to the report, a source told Emirates 247 “He said he was deceived by her as she used to fill up her face with make up before their marriage. He said she looked very beautiful and attractive before marriage, but when he woke up in the morning and found that she had washed the [makeup] off her face, he was frightened as he thought she was a thief.”
The lawsuit accuses the woman of fraudulence and claims she owes the equivalent of a little over $20,000 for the “psychological suffering” induced by her incomparable deceit.