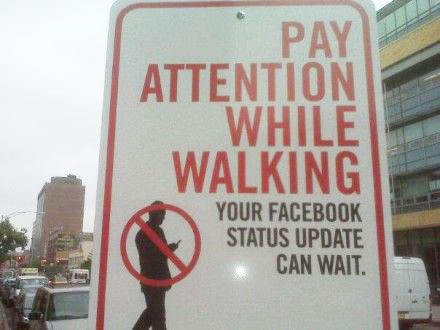 City orders Rifle residents to give up social media

RIFLE, CO— More than 500 people, with laptops, smartphones and tablets in tow, turned out for the first meeting of the SMAA held in Rifle last week — the first of its kind in Garfield County.
The gathering of Social Media Addicts & Abusers marks the first step the city is taking in admitting it has a problem.
“It’s just gotten way out of hand,” said one Rifle city council member who asked to remain unnamed so that he would not be “unfriended” by his peers on Facebook. “Social media is an oxymoron — there’s nothing social about it at all. You just sit in front of a computer by yourself, boasting about how fascinating you are and posting pictures of yourself. It should be called ‘Facebrag.’”
Even the city council itself is guilty of social media abuse. They recently did away with the live citizen comment portion of their meetings, opting instead to use Twitter (#boring meeting.) 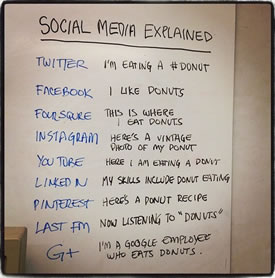 Attendees at the meeting included addicts of Facebook, Twitter, Pinterest, Instagram, Foursquare, You Tube, LinkedIn and Google+. A couple of people from AA, who are addicted to meetings altogether, were identified and asked to leave.
“My name is Nicole and I can’t stop sending photos on Instagram — even during intimate moments with my new boyfriend,” one woman confessed, starting off the meeting.
“Mike” admitted he had an unnatural relationship with Pinterest.
“I’m Amy and I lost my job because of using Twitter Speak while making a company presentation,” another distraught young woman said. “#Sadface.”
A woman named Sarah just shook her head as she reported that she had discovered 47 pictures of her daughter online dressed up as various tropical fruits…
Others recounted stories of their unsuccessful attempts in the past to give up their social media addiction, leading to a FOMO (Fear of Missing Out) diagnosis.
In response, the city has imposed a 30-day ban on all social media within city limits. Violators will be required leave their homes and engage in at least one human interaction per day without talking about themselves. Those suffering severe withdrawals will be taken to
The next meeting of the SMAA will be posted on the Upcoming Events page on Facebook. Please “Like” us.

← Cowboy Sayings….
Rifle fired up to get new Winchester plant in town →